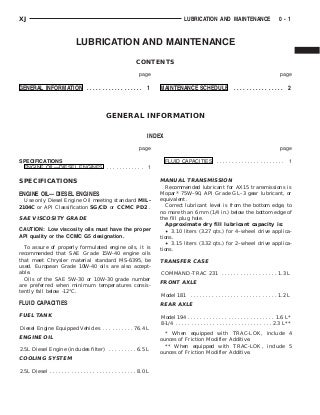 Family farmers work their fields along a heavily polluted river in China. The family lives in a village where more people than usual die from cancer, probably due to environmental factors.

­In areas where clean drinking water is scarce, bacterial diseases like cholera can affect huge numbers of people. More than 2 million people die annually from cholera and other diarrhea-related conditions, most of them people who live in extremely poor areas of developing countries [source: Eichenseher].

It’s hard to imagine these types of water-quality problems crossing borders into the developed world. Most developed countries have stringent water-quality standards, and they’ve implemented sophisticated treatment systems to meet them. But a study regarding global farming practices has shown that the water problems affecting the very poor might end up affecting everybody. If a poor country, and especially small villages in that country, can’t afford to produce clean drinking water, they certainly can’t afford to produce clean water for irrigation purposes. Sometimes farmers use water from rivers polluted with sewage or runoff from livestock farms, industry and other contaminated sources to irrigate their cropland. This allows bacteria make it into the food, and people and animals who live off this produce can become ill. When this produce is exported, the problem can spread.

Wastewater irrigation is not a rare occurrence, and neither is it all bad. All across Asia, Latin America, India and Africa [source: IWMI], poor farmers are growing crops the only way they can: using contaminated water. Wastewater irrigates approximately 49 million acres of cropland, and 10 percent of the world’s population would starve if they didn’t have access to food grown that way [source: Eichenseher]. This makes wastewater farming a controversial topic. It’s unhealthy to eat food that’s been watered. Fertilized with human waste. It’s unhealthier to eat nothing at all.

How, then, do we approach this health risk? Just how dangerous is this food? Is it even remotely OK for people to eat it? And are you eating it? In this article, we’ll find out what sorts of risks are posed by wastewater agriculture and whether the benefits to poor, indigenous populations outweigh the dangers.

­Let’s start with the benefits of wastewater farming, which are surprisingly numerous. The country is coping with a water shortage by using recycled wastewater for irrigation.

­Imagine the end of a sewer line opening up onto acres of vegetable crops that will feed hundreds or thousands of people. And now, imagine that this is a good thing.

The fact is, in many poverty-stricken parts of the world, without wastewater irrigation hunger would be a much bigger problem than it already is. Wastewater farming solves several problems faced by these farming communities, primarily an inability to treat dirty water, prohibitively expensive chemical fertilizers and drought conditions. In cities where treating water to typical drinking standards is simply not an option, growing food using dirty water is an acceptable practice considering the alternative. It’s becoming even more than acceptable, in fact: The price of chemical fertilizer increased 50 percent in some parts of the world in 2008 alone [source: Eichenseher]. The naturally occurring nutrients in sewer water act as a very effective, very cheap replacement. Vegetables respond especially well to the potassium, nitrogen and phosphorous in sewage, the same ingredients in chemical fertilizers. Wastewater might be pumped onto crop lands from polluted lakes, or raw sewage might be trucked in from dumping facilities to use as fertilizer. In especially desperate areas, farmers might crack open sewer lines and let the wastewater flood right onto the cropland.

If there’s time, though, the water might be treated using simple indigenous methods. In some areas of Vietnam, Indonesia and Nepal, for instance, farmers create ponds of wastewater and let it sit until some of the pollutants (mostly feces and worm eggs) sink to the bottom, and then they apply the water to the crops. This water is much healthier than the raw stuff. Another cheap water-treatment method involves running it through composting sites. The heat from composting kills a lot of bacteria (see How Composting Works to learn more).

­Even with these minimal treatments, though, the water still carries a lot of bacteria and even some dangerous heavy metals. The consequences of widespread wastewater irrigation, even while saving entire cities from starvation, can be dire.

University of Texas at El Paso student Leirad Carrasco tests a sewage runoff sample taken from Ciudad Juarez, Mexico. The water is used for irrigation in both Mexico and the United States.

­Wastewater farming causes health problems to everyone involved in the process. It’s not just the people who eat the food who are exposed to contaminated water. The farmers who use it to irrigate their land are even more at risk than the end consumers.

While bacteria are a serious health threat, the biggest health issue associated with wastewater irrigation is intestinal parasites [source: Ensink]. The World Health Organization (WHO) has determined that one intestinal-worm ovum per liter of water is fine for agricultural applications [source: Ensink]. Researchers found 28 ova per liter on average in minimally treated wastewater (using the pond-settling method, for instance), responsible mostly for roundworm infection. They also were able to identify up to 150 ova per liter in untreated water, leading to a high incidence of roundworm, hookworm and whipworm [source: Ensink]. In severe cases, these parasites can end up killing their host. Bacteria in the food and water supply can become a permanent, widespread problem when the wastewater poured over cropland contaminates otherwise safe ground water and surface water used for drinking.

Despite these risks, both the International Water Management Institute and the WHO believe the benefits of wastewater farming far outweigh the drawbacks [source: Eichenseher]. Without it, more farmers in developing countries would have no income, and more people would have no food. But these world organizations do have recommendations for making the practice safer than it is right now.

First, it would help if more local farmers adopted indigenous water-treatment methods like pond-settling and composting. Another healthier practice would be limiting wastewater irrigation to use in crops that will ultimately be cooked by the consumer, like rice and other grains. A lot of this depends on education, which is ultimately the way wastewater health issues will have to be addressed, since in most cases, fully treating the water just isn’t an option. While most of the farmers who have to use wastewater know it’s unhealthy, they may not know about ways to affordably limit the risk. Widespread efforts to educate indigenous populations about simple treatment methods. Safer crop choices may help decrease the dangers faced by the 10 percent of the world that relies on wastewater crops for sustenance.

And what about the other 90 percent of the world?

Since so much produce moves around the world, there is always the possibility of being exposed to produce irrigated with wastewater, even if you live in a developed country with high water standards. In case you loved this information and you would love to receive details concerning reverse osmosis membrane – www.hulkshare.com – please visit our own web-page. In the United States, for reverse osmosis membrane example, many vegetables are imported from Mexico, and many areas in Mexico don’t treat wastewater before it floods into rivers — rivers that will be used to irrigate crops [source: Bowen].

The best way, then, to avoid the dangers associated with wastewater agriculture is also one of the best ways to cut back on energy costs associated with food production: Eat local. It could end up saving you a lot more than money.

For more information on wastewater agriculture and related topics, take a look at the links on the next page.

What is gray water, and can it solve the global water crisis?

How Sewer and Septic Systems Work

How to Use a Coupon or Promo Code

What Is A Lightbox In Web Design